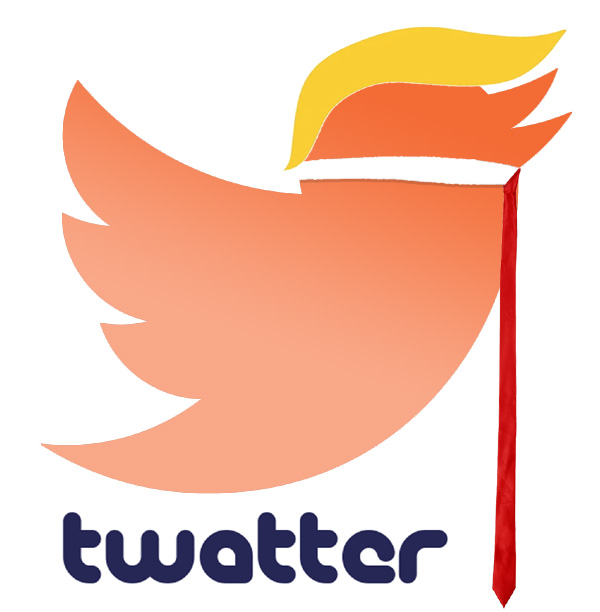 In a classic 3am Trumpian rant, the ex-president denounced the social media giants as “promulscaping sad FAKE news!” and promised his followers nothing but the truth.

Messages posted on Twatter (known as ‘twats’) may only be posted by Trump himself and user comments are not permitted. There is apparently no limit on the length of twats, the longest (posted at 4.15 this morning) running to over 17,000 words.

Mr Trump was typically upbeat about his new project. “Twatter is gonna be the BIGGEST social media platform in the WORLD folks, some people say in the whole  UNIVERSE! I don’t know, we’ll have to see. Maybe in the whole  GALAXY. Who knows. You won’t BELEIVE how many great people are already following Twatter, many many BILIONS of them, lots of zeros, all after the TRUTH. Jared says its. like. 692 millions after only 10 minutes, that’s right 10 minutes! and Jareds’ clever dealing with numbers, like BIG numbers, he’s been, like, counting them.”