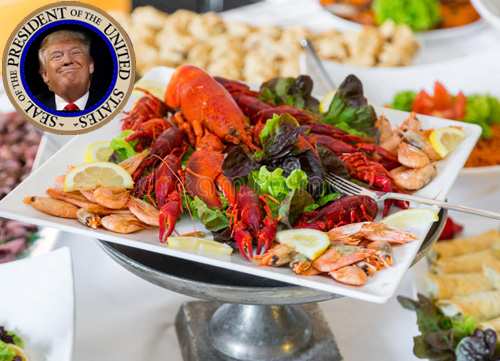 Danger for US ex-special forces trooper Charles ‘Iron Man’ Franklin has come in many forms: free-fall testing parachutes stitched by blind ISIS prisoners, uni-cycling backwards down Mount Everest and three years as an alligator dentist in the swamps of Florida.

But on Friday night, luck finally ran out for the one-legged, three fingered veteran when he became the 38th White House food taster to die.

The White House was quick to praise the decorated veteran on its web site for his bravery and self-sacrifice and lost no time in advertising an ‘unexpected vacancy’ for the $850,000 per annum position.

A source tells us that no applications have yet been received.