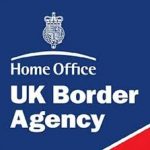 A whistleblower within the UK Border Force has leaked a confidential training document in which new staff are given a checklist to use when dealing with the growing immigration hold-ups at major airports.

The over-stretched officials have been instructed to wave through anyone who ‘looks like quite a nice person’, without them having to join a queue.

Last night Spoofflé spoke to Border Force Training Manager Xaviar Spector at their Gatwick centre, curious to find out what sort of people would not qualify for fast-tracking.

“It’s a matter of professional judgement really,” he said. “You know, if someone looks a bit shifty, lots of tattoos, baseball cap on backwards, pretending they don’t know their sunglasses are on top of their head … that sort of thing. Oh yes, anyone travelling on their own because they obviously haven’t got any friends. The ‘loners’ are a big threat. Oh, and shaved heads! That says something, doesn’t it, especially if it’s a woman.”

When pressed to define what ‘nice people’ looked like, he said: “Well, it’s pretty obvious isn’t it? Really old people, over 60 that is, we whizz them straight through ‘cos they’re not going be doing anything dodgy are they? Umm … anyone with a tie on, they’ll be OK too. Hen parties – they’re fun aren’t they, so they go through, no problem.”

We understand that the UK Border Force employee training programme has recently been reduced from ten months to just three days, in an effort to increase operational staff levels.