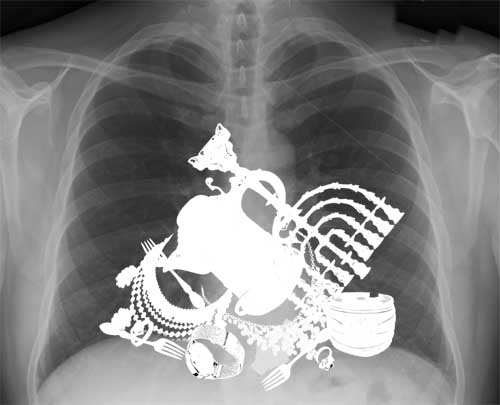 The Metropolitan police responded this morning to reports of thefts from dozens of Bond Street jewellery shops and arrested a 48 year-old man.

Vasily Lubikoff, also know as ‘The Mighty Zor’, was later X-rayed and charged with 87 counts of theft, allegedly carried out over the Christmas period. We understand that Mr Lubikoff had until recently worked for Billy Dimbo’s Circus as a fire-eater and sword-swallower but was dismissed at the beginning of December after repeatedly eating his colleagues’ iphones.

Shop assistant Katherine Tinker told Spoofflé: ‘It was over so fast, you know? One minute I was showing this middle-aged man a Rolex Oyster and the next thing, blow me, he’d popped it in his mouth and sprinted out the door as another customer came in.’

When we asked Ms Tinker to describe the thief she said: ‘He was very tall, quite thin, lots of tattoos and he had burn marks all round his mouth. And he was burping a lot.’