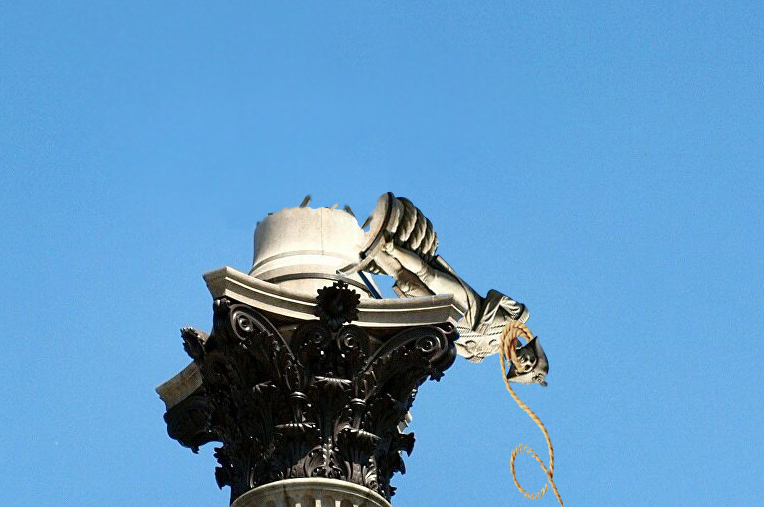 Two men were arrested for criminal damage in the early hours of Wednesday morning after being filmed pulling Nelson’s statue from its plinth in Trafalgar Square.

The iconic monument had survived German bombs in World War II but was no match for the skills of 23-year-old scaffolder Kyle Roberts and his twin brother Callum from Ipswich.

The pair were later released without charge and spoke exclusively to Spoofflé. “We done nothing wrong, did we?” Callum insisted. “I dunno who the old bloke is but those sort of hats are a bloody crime aren’t they? I mean, loads of people on Twitter really, really hate them.

A spokesman for the Crown Prosecution Service told us: “Clearly no crime has been committed since these young men obviously had very sincere reasons for actively engaging with an object whose presence they strongly disagreed with.”

Repairs to the column and statue are expected to take up to three years to complete, at an estimated cost to the taxpayer of £1.8 million.