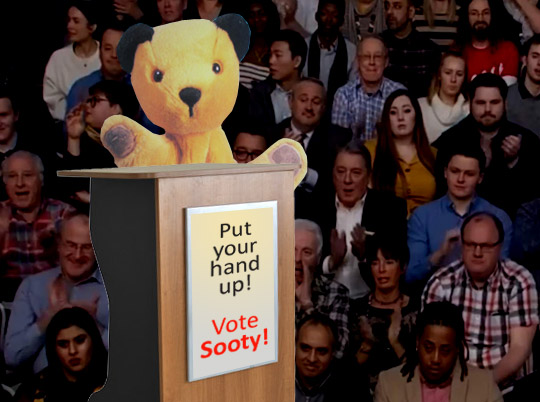 The Labour Party has suffered a major election setback after Sooty, MP for Corby Central, announced last night that he is standing down with immediate effect.

The popular philosopher, classical scholar and entertainer held the seat with a comfortable 17,000 majority at the 2017 General Election.

“To be totally honest, I’ve had enough,” he told Spoofflé. “Everyone’s swallowing this Marxist ideology of state control and reckless spending without using an ounce of common sense. They’re behaving like a load of puppets.”

Marion Etta, Sooty’s local agent, believes voter loyalty and a clear, Brexit-free message will give him a clean sweep of the predominantly working class constituency.

* Spoofflé has reported previously on Sooty: